What Exactly Is A Churchill Cigar? 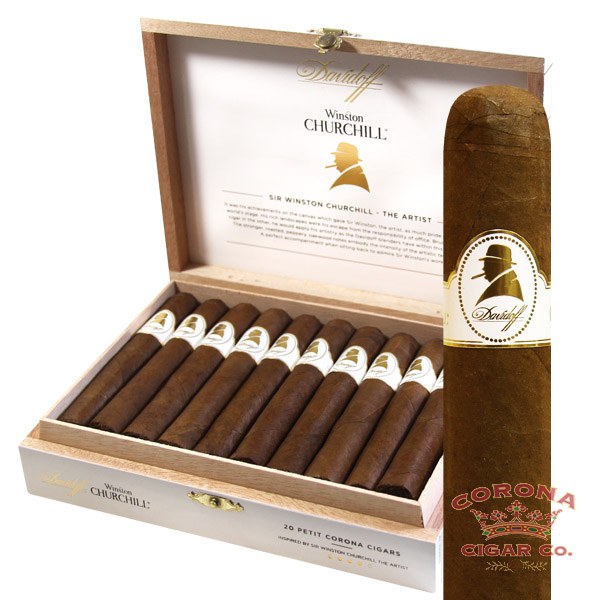 There is a type of cigar called the Churchill. This cigar was named after Winston Churchill, who was a famous politician from Great Britain. Churchill led a colorful political career smoking his cigars. This inspired the creation of the Churchill cigar by a gentleman named Davidoff Geneva as way to honor Churchill for all that he had accomplished in politics.

The Churchill cigars are made in four shapes. Each shape symbolized a time in Churchill’s life that embodied his accomplishments. Five tobaccos from Dominican Cuban seed are blended together with a Dominican Yamasa Cuban seed binder to give the cigar its distinctly rich, creamy and full flavor. The cigar wrap is made from tobacco grown in Ecuador.

You can find Churchill cigars from any fine cigar shops. Cigar aficionados across the world all appreciate the fine qualities of the Churchill. These cigars can be purchased individually or in boxes. These are high quality, premium cigars, and often the prices reflect that. However, if you go online, you can often find discounts.

To appreciate the origins of the Churchill cigar, you need to know a little history about the man after whom this cigar was named. Winston Churchill was a prolific cigar smoker. Most photos that you see of Winston Churchill depict him with a cigar in this mouth. Churchill had a rich military career. It started in Great Britain when he was just a boy. During the peaceful years, before World War I, there were not many opportunities for young officers to earn a distinction. Serving in a war would give a young officer a chance to prove his bravery and leadership, but only if the outcome of the war was favorable. So, Churchill decided to seek out political conflicts outside of England. He found one in Cuba. At that time, in 1895, Cuba was trying to gain independence from Spain. Churchill saw that this was a good opportunity to assume leadership and decided to join the conflict in the hopes of gaining a distinction.

In 1895, he left for Havana. Around this time, he also started smoking cigars. When he first arrived, he and another officer had planned to meet up with the Spanish commandant, who did not show up. So, Churchill and his friend spent the next few days in the best hotel in Havana enjoying the regions two prized delicacies. These were oranges and cigars. From that time on, Cuban cigars and Churchill were inseparable.

An author who wrote a biography on Churchill said that there were two brands that he preferred. These were La Aroma de Cuba and Romeo y Julieta. He managed to arrange for a supply of these cigars to sent to him regularly throughout his life. So, he never ran out of them, even when there were times when cigars were difficult to acquire for everyone else. He had a healthy supply of Cuban cigars stocked up at his home in Kent, numbering in the thousands. He sorted them by their cigar wraps and by size. Smoking cigars was Churchill’s favorite indulgence, and he spent a lot of money on them.

On the average, Churchill smoked up to ten cigars everyday. He would smoke the cigars down, and sometimes he would even chew the tobacco. He invented a tool called a bellybando. This was a small piece of brown paper that had blue on one end.

He smoked about eight to ten cigars a day. Sometimes when he would just allow them to burn so he would chew the tobacco instead. in order to keep the cigar tip from fraying as he smoked, he created something called a bellybando that was a bit of brown paper with blue on one end. He wrapped this around the tip of the cigar, which solved the problem of the tip fraying. This also helped control his direct contact with the tobacco, thus limited his exposure to nicotine.

When he smoked, he typically left about two inches of the cigar. He usually gave these stubs to his gardener who ground up the stubs and made tobacco for his pipe.

Throughout his life, people always saw Churchill with a cigar in his mouth. Most of the gifts that he received were all related to cigars. One of his favorite gifts was a cigar piercer. A lot of cigar smokers would use a cutter to cut the end, but he preferred to pierce a hole in his cigar with the piercer. Then he would poke a long match through the length of the cigar to ensure that he could draw a good puff.

Another one of his favorite gifts was a silver ashtray that shaped like a pagoda. Whenever he traveled, he would take the ashtray with him. He was not very careful about his cigar ashes, and had been know to burn holes through his suits that often needed to be repaired.

The rich history and the connection to this famous statesman makes the Churchill cigar truly iconic. It is no wonder that this cigar is loved by cigar connoisseurs all over the world.